Bristle worms, or polychaete worms, are creatures that live underwater. They have bristles and tentacles on their bodies to help them find food in the mud. Bristle worms also grow hair-like appendages called chaetae which they use for protection from predators like fish and crabs by entangling themselves with a predator’s jaws.

The common name, bristle worm (scientifically polychaete), is also applied to marine worms in several other groups. Many of these are not clearly related and form a paraphyletic group; they are only called “bristle worms” because their tufts of bristles make them superficially similar.

The bristles are made of chitin and serve both as protection from predators and a location for oxygen to be released. The bivalve shell-less marine worms called the Annelids also use bristles in this way.

Bristle worms inhabit many habitats: they live on land among leaf litter or within rotting wood, under the bark of dead trees, or among epiphytes on wet rocks; in freshwater and saltwater.

Bristle worms have been around on Earth for 500 million years, and they’ve evolved to survive in some of the harshest environments possible – including near hydrothermal vents that spew out minerals like iron or sulfur from volcanic activity.

An international team led by Dr Sam Levin at University College London and Dr Tom Kupfer at the National Oceanography Centre in Southampton has discovered that these worms can cope with high levels of oxygen, low pH, and heavy metal pollution. 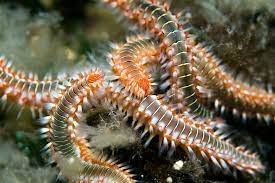 The common bristle worm is about two inches long and has a segmented body that can grow to up to five feet in length. The bristles on the worms’ heads are called chaetae, which help them sense their environment as they move with water currents or burrow through the sand.

Bristle worm may look like earthworms, but they are not closely related.

They can be found in all types of water, from freshwater to saltwater and the deep ocean where there is little light or oxygen available. They have a life span that ranges from three months to five years.

Some bristle worm species live above ground during wet seasons when the soil becomes saturated but then burrow underground when the soil dries out.

The common bristle worm is about two inches long and has a segmented body that can grow to up to five feet in length.

Where are bristle worms found?

Bristle worms are found in shallow water and on the surface of mud or sand. They like to eat algae, bacteria, dead organisms and live animals that they find around them. They can also absorb oxygen from the air which is why they often survive out of water when it rains heavily (they need to be moist).

How do bristle worms get in your tank? 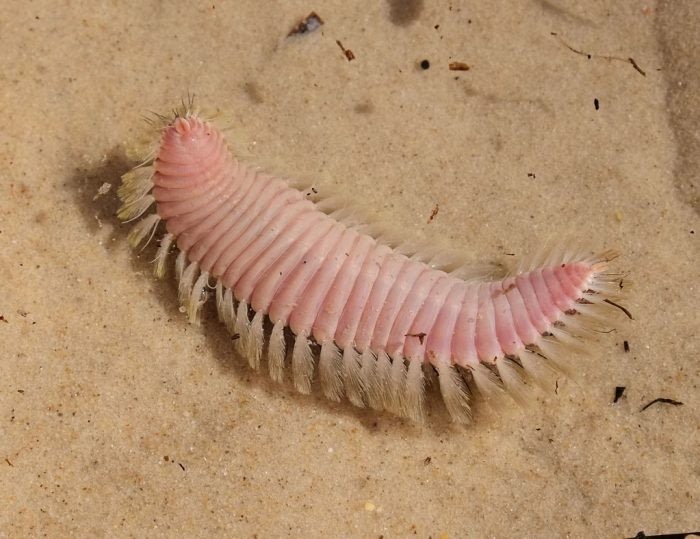 In your tank, you will find a number of different creatures that are competing for space. It is possible that one worm may make its way into the habitat without being noticed and start to reproduce.

If this happens, then it will be time to take action since these worms can cause major problems in tanks and other habitats. This includes things such as fish that won’t eat because of the worms.

Bristle worms are known to invade regions, such as a reef tank or any other habitat for that matter and can cause problems when left unchecked. In addition to eating away at food sources in your aquarium system, these creatures also suck oxygen from the water column which decreases the amount of oxygen and can even lead to the death of fish.

The number one way that these worms get into an aquarium or other water system is by people who are not aware they have them in their possession. For this reason, it’s a good idea to try and be as careful as possible when moving things from place to place so that this doesn’t happen.

Additionally, these worms can get into tanks by hitchhiking on live rock that is brought in from outside sources or even through the use of bait fish which carry them inside their bodies and pass them off to unsuspecting consumers. To keep out these types of creatures, make sure you take care when purchasing your new rocks or when getting bait fish from a store.

In addition to the worms, there are other creatures such as crabs and shrimp that can also invade your habitat via these means or even by coming in through an opening on the tank itself.

While this is less likely than with bristle worms, it does happen so be sure you inspect any new arrivals to make sure they don’t have hitchhikers.

The bristle worm is an invertebrate marine animal found in most of the world’s oceans. It has many different appearances, but it looks like a long tube with bristles on its front end. Some types have tentacles around their mouths and are filter feeders that live near plankton or detritus in coastal waters while others may have more of an elongated body shape, and live on the seafloor. 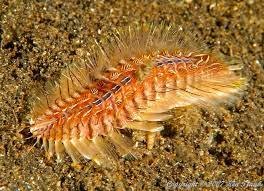 A bristle worm is a type of annelid. They are often found in saltwater tanks, because they feed on decaying plants and animals such as algae or fish scales that sink to the bottom. Bristle worms have long thread-like bodies with short antennae at one end, and two rows of hair called setae (bristles) running either side of the body. Bristle worms are usually brown or orange, and measure about an inch long when fully grown.

Bristle worms are a great addition to any reef tank! They provide hiding places for small crustaceans and fish fry. They also secrete slime that helps maintain the state of your aquarium’s water quality, much like bacteria-filled biofilms do in natural environments.

Finally, they eat wastes produced by other inhabitants of your reef, such as algae and the waste of fish themselves.

Are bristle worms good or bad?

Bristle worms are a type of worm that is neither good nor bad. They serve an important role in the ecosystem. Bristles on their bodies catch bits of organic matter and they also eat dead animals, carcasses, and other decomposing plants such as seaweed.

So it depends on your perspective. If you want to maintain a healthy environment for fish and other aquatic creatures, then bristle worms are bad because they feed off of algae which is good for the ecosystem.

However, if you’re an angler looking to catch some trout or bass in lakes and rivers where these pests live, then those same worms have just become your best friend.

Some anglers are even turning it into a business by collecting and selling these worms to bait shops, making them an important part of the fishing gear industry.

What happens if you touch a bristle worm?

Bristle worms are not predators and won’t hurt you. However, they do have a defensive response to being touched with their bristles that is potentially irritating or harmful. Bristles can penetrate human skin and release an immune system molecule called prostaglandin E-like compounds (PGE). This causes inflammation in the area of contact and may result in a rash or hives.

The bristle worm sting is not fatal, but it hurts like hell. The worms emit a neurotoxin that causes excruciating pain in humans when they brush up against one and get stung by its bristles. It’s been hypothesized that this venomous adaptation evolved to thwart small predators of the worm such as shrimp or other fish larvae.

Bristle worms are invertebrates that live in the ocean and feed on plankton. When they feel threatened, they shoot out poisonous bristles called chaetae which stick to their predators like Velcro. They can also sting with a proboscis or sharp beak at prey when it is small enough for them to do so.

Yes, in fact they are known to prey on smaller fish. They can also feed off of dead material caught up near the surface water such as plants or other animals that have died and sunk down. That’s why you will sometimes see them near the surface of water, where they’re feeding off whatever is on top.

What will kill bristle worms?

Bristle worms are soft-bodied and can be killed by common household cleaners. By pouring a small amount of bleach into the desired area, you will effectively kill any unwanted bristle worms attempting to inhabit your home. Spraying an aerosolized cleaner or mixture of water and dish soap into the area is another way to get rid of these pests.

Bristle worms are also vulnerable to the effects of hot water, so running an iron over a cloth or spraying it with boiling water will kill any living ones on contact.

A number of predators eat bristle worms, including some smaller fish.

Are there poisonous bristle worms?

No, not technically, Bristle worms are not poisonous and do not have a stinger. You may have heard of bristle worm poisoning or the bristles from a brush overlaying on something that is causing irritation.

These are both untrue and trying to get rid of them will only cause more problems. Bristle worms do not have any toxic substances in their bodies so even if you were able to kill one, you wouldn’t be able to get any of the poison out.

A popular way to catch bristle worms is by using a “bristle worm trap.” These traps are typically constructed with an old soda bottle, some wire mesh and bait.

There are two types of traps: the first type has a funnel-shaped opening at one end. The other uses a string as part of the structure for the container.

The bait is placed inside the trap. When a worm arrives for the food, it will become stuck in either type of trap because the mouth of the bottle or canister has an uneven surface that prevents them from leaving. For some types of traps, like those with wire mesh, you may need to manually remove any worms trapped within.

How to get rid of bristle worms

The best way to get rid of bristle worms is to use a roach bait gel. This will kill the larval stage, which can be found in dark areas and other places with no food or water such as under sinks. To find these larvae, look for tiny dots on surfaces where there are none before because they leave the characteristic fecal matter.

If you can’t find the larvae, use a roach bait gel in any dark corner of your home that looks like it may have been infested, and wait five days before checking again to see if they are gone or not. These gels cannot kill adult worms, so be sure to vacuum regularly as well.

If you have pets, the best way to get rid of them is to use a pet-safe roach bait gel. The larval stage can’t live in environments with high levels of calcium such as those found in bones and other dura mater, so these gels are more effective on animals than they are on humans.

Bristle worms are not really worms but are more closely related to clams and oysters. Bristle worms have bristles on their bodies that help them move through the sand or mud they live in as well as for defense against predators such as starfish and crabs

Fireworms are actually just a type of bristle worm found in northern oceans.

Fireworms are also known as Northern bristle worms and live in the ocean near North America, Europe, Australia, and New Zealand. Fireworm larvae have evolved to be able to withstand warmer waters than their Southern counterparts. They can swim freely on top of the water instead of just crawling through it

The introduction of fireworms to Southern oceans is thought to have occurred when northern ship ballast water was dumped south and they survived the colder waters.